7/11/18: Gone Missing
What: New York City Center's Encores! Off-Center summer series continues with Gone Missing, a musical based on interviews with real people about lost items, by The Civilians's Artistic Director Steve Cosson and recently deceased Michael Friedman.
And? I really do enjoy The Civilians's style and aesthetic. This was enjoyable, funny, and often touching, taking me by surprise a few times. Glad I caught it.

7/12/18: Straight White Men
What: Downtown playwright Young Jean Lee's Broadway debut, Straight White Men attempts to find an empathetic insight into the plight of the Straight White Man, as organized and framed by two Persons in Charge, both of whom are genderfluid or nonbinary. The plot of the play tracks a family at Christmas, three grown sons visiting their father; aware of their privilege as Straight White Men, they work to stay #woke (including playing a game called Privilege, built from the skeleton of a Monopoly board), but can't seem to reconcile the seeming failure of the eldest brother who, rather that capitalizing on his early potential, has moved home with their father and is working a temp job.
And? At a recent conference, I heard someone cite this adage about American theater (I can't find the source right now): if a man is unhappy, it's society failing him; if a woman is unhappy, that's her own failing. What's interesting here is the reversal: younger brothers Jake and Drew have decided that since Matt is unmotivated, unambitious, he must also be unhappy, and that the fault for that unhappiness lies in him. What's frustrating is how they repeatedly try to explain him to each other, not letting him speak for himself. What's charming (when everyone's not fighting) is the family dynamic: these boys love playing their games, calling back to old jokes and routines, and the performers are at their most delightful and charismatic in these moments. There's a lot in this show that works, and it's a well-moving ride, but I wonder if the thesis is fully realized yet. It's still an interesting examination, that no matter how progressive these men strive to be, they're still holding themselves to standards of performance and male ambition where growth is the only success and stagnation the truest sign of character fault. 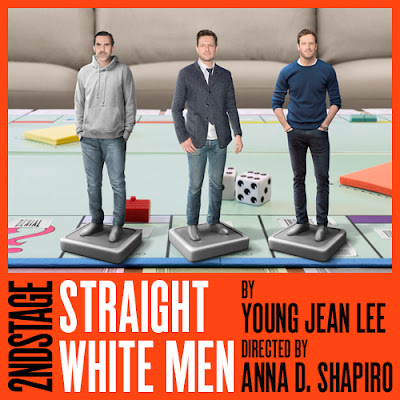