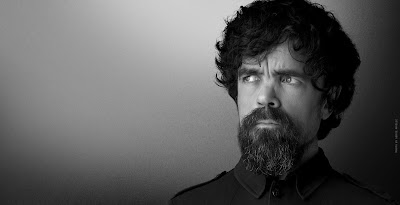 10/17/19: The Adventure Zone: Become The Monster Tour
What: While not strictly a play, it was definitely a performance and an utter delight, and this is my blog, dammit, so I'm including it here. The Adventure Zone is a D&D podcast by the McElroy family, and this was their first time doing a live episode in New York.
And? Ho-ly-shit. A day after and I'm still hoarse from all the cheering and laughing. TAZ's live shows are always a delight to listen to, as things tend to get very silly very quickly, and I can now attest that they're even more of a delight to watch, including highlights like so much amazing cosplay in the audience, full costume and props onstage, Travis spilling his beverage all over his character sheet, Justin completely losing it while laughing, Clint shooting his narfblaster into the wings, and Griffin's [spoiler] posture. Such a good life choice, attending this show.


10/18/19: Strangers in the Night
What: Hunger and Thirst Theatre present two one-acts, Screwed and Bottling Dreams of the Tearful Don't-Knower.
And? An uneven evening. Full review here.

10/19/19: Scotland, PA
What: A new musical adaptation of the cult film of the same name, which resets Shakespeare's Macbeth in a burger joint in a small town in Pennsylvania.
And? What a delight! No, it's not perfect, but I had an absolute blast. The show is funny and dark and a natural descendant of the likes of Little Shop of Horrors. It was great to see such performers as Taylor Iman Jones, Alysha Umphress, and Jay Armstrong Johnson onstage again.


10/20/19: NTLive: One Man, Two Guv'nors
NTLive, bless their beautiful selves, have added this hilarious and silly play to their encore series, so I got to see it again and cry from laughter.
Posted by Zelda Knapp at 8:50 AM