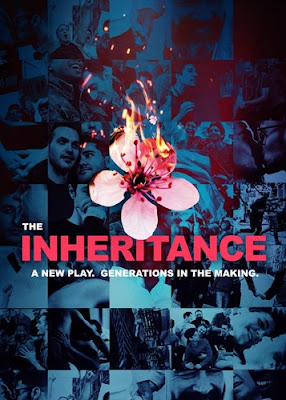 10/24/19: Fires in the Mirror
What: Signature revives Anna Deavere Smith's journalistic play about the racial tensions surrounding the Crown Heights riot of 1991, a conflict between the black community and Orthodox Jewish Chabad community after a young black child was struck and killed by a car in a rabbi's motorcade, and a Jewish man from Australia was murdered in retaliation.
And? Such powerful and provoking work, and well acted by Michael Benjamin Washington in the one person showcase originally performed by Smith herself. The larger tragedy, outside of the two horrible deaths, is how clearly all the people Smith interviewed see themselves as the injured party, how outraged they are to be seen and treated only in terms of their demographic, and yet each interviewee keeps referring to the other side only as a general judgement on their demographic, based on the facts as they understand them to be (facts which differ depending on whom we ask). The timing of this revival is particularly apt, as we are seeing--not the rise of, for that would imply it had gone away--a growing volume in anti-black and antisemitic sentiment and violence here in the U.S. 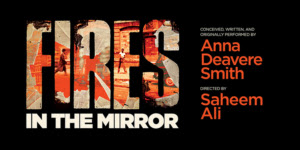 10/25/19: Soft Power
What: The Public Theatre brings to New York a new musical from David Henry Hwang and Jeanine Tesori about a playwright named David Henry Hwang attempting to adapt a Chinese film to a new musical for Shanghai when a random assault sends him into a delirium of imagining an elaborate new musical story, a fantasia of a Chinese film producer who might be able to save America from itself.
And? I keep thinking about it, and I suppose I will continue to think about it as time goes on. Hwang has always been adept at holding a mirror up to Western culture, forcing us to acknowledge our own subconscious judgments and prejudices, and seeing America through that lens is a useful wake-up call. I think if we didn't have the panel discussion between the two acts, the whole thing might veer too tiringly into unfiltered satire and pastiche. And ultimately I think the show does let us off the hook a little more than we deserve, perhaps falling prey to the fact that it is a musical comedy and people generally expect to leave a musical comedy smiling. I am pleased to see that the canon of musical theater for Asian performers continues to expand and to tell different stories, though we've still got a long way to go.

10/26/19: Only Human
What: A new (and as of this posting, closing today) Off-Broadway musical about Creation, with Gary Busey as God (the Boss) of an 80's style corporate office, managing the shenanigans of his three angels: Jay (his son Jesus), Lou (Lucifer), and Maggie (Mary Magdalene). No, I can't tell you why.
And? Honestly, I don't want to trash this show. Most of what I feel right now is pity. The show is nowhere near ready for an Off-Broadway production, and they rushed it because they got Gary Busey to sign on. The concept needs a lot more baking, and the whole thing could use a healthy dash of wit and sense, and they've gone and blown it. On top of that, they've clearly run out of money. Beyond the fact that they're closing almost immediately after opening (Liz Wollman's recent keynote at the Song, Stage and Screen conference in Leeds examined why shows close and how much it has to do with money already raised to keep the show floating until momentum catches up), the set is so clearly half-finished that it looks like a rehearsal run against a half-built design. And if you want to know how Gary Busey was, he was exactly how you'd expect him to be.