9/24/21: Moulin Rouge!
What: The Broadway return of the adaptation of one of my favorite films (a repeat visit).
And? I saw this show for my friend Marissa's birthday back in 2019, so I knew ahead of time the weaknesses in the book, including the fact that the momentum just flat out drops when they speak more than four lines of dialogue. The changes made to try to confront some of the issues in the film, for the large part, don't know how to stick the landing (a perpetual issue of mine with adapter/playwright Logan) So putting all that aside, this was my first Broadway musical back (not first musical or first Broadway, but first Broadway musical) and it was the show's reopening, so the energy was ecstatic in that theater. Entrance applause for every ensemble member during the preshow, standing ovations to greet the entrances of Tveit and Burstein, standing ovations at the end of numerous songs, including twice during the opening "Lady Marmalade." "Backstage Romance" was as showstoppingly good as I remembered it being. The night was joyous. I cried when Danny Burstein appeared, knowing what a hard year he's had, and hearing his voice sounding gloriously healthy. Aaron Tveit continues to sound wonderful as well, and Satine replacement Natalie Mendoza is gloriously suited to the part and a gift.
9/25/21: Persuasion
What: Bedlam presents Sarah Rose Kearns's new adaptation of Jane Austen's novel about love rekindled.
And? I am ready for director Eric Tucker to stop using a man in a woman's wig as a joke in and of itself. I am ready for femininity to cease being a punchline. Honestly I feel like this is a play trying desperately to be good despite its director's best efforts. The random, uncomfortable, and tonally inappropriate horniness that plagued Peter Pan (Bedlam's worst outing to date) is back in mercifully muted force, and beyond that Tucker's usual bag of tricks is in somewhat effective use. Les Dickert's lighting design, which like many Bedlam productions utilizes a number of handheld lamps manipulated by the actors, is inadequate for this proscenium venue--too often the actors' faces are too shadowed for anything to be conveyed beyond maybe the first few rows. This would work fine in some of Bedlam's earlier, more intimate stagings, but not at the Connelly. John McDermott's scenic design also has a number of headscratchers (someone needs to explain the sheep to me. anyone?), but I will say Jane Shaw's sound design is effective and enjoyable, especially its utilization of the two standing mics for the actors to create ambient sound (the satisfying clink of fork against plate in the dinner scene, yum). The cast is mostly okay, with Caroline Grogan and Yonatan Gebeyehu two particular standouts in a number of roles (even if I hated every choice involving Lady Dalrymple, I still enjoyed Gebeyehu quite a bit). I didn't dislike the show so much as this review is making out--like I said, it's trying so hard to be a good play despite the questionable production choices imposed upon it, and the cast is working hard. But the degree of frustration engendered from the show's shortcomings is ... acute, especially with the memory still fresh of how wonderful Kate Hamill's Sense and Sensibility was. 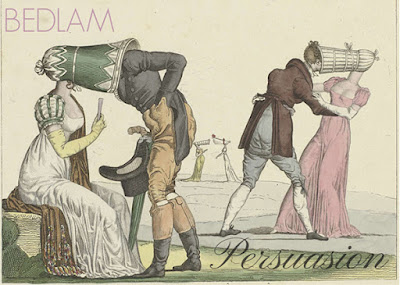 9/14/21: Letters of Suresh
What: 2nd Stage presents Rajiv Joseph's epistolary play about a found box of letters to a priest in Japan, and the lives touched by the letters and their author.
And? While watching, I kept being struck by what a smart choice this was for 2nd Stage's return to live theater: the structure is largely monologue/audience address, which allows for a safer rehearsal set up, and a big theme of the play is the connections and relationships we can build, even while far away from each other. And, like the origami figures built by its title character, Rajiv Joseph's play tucks and folds its various plot threads neatly together to give a well-packaged and satisfying conclusion. The play may not be life-changing, but it's very well done, anchored by strong performances from Ramiz Monsef (Suresh) and Ali Ahn (Melody, the woman who finds the letters), as well as a final cameo-button from the ever-talented Thom Sesma. The sound design and original music by Charles Coes and Nathan A. Roberts is subtle but powerful, and in collaboration with Jiyoun Chang's lighting design and Shawn Duan's beautiful projection design, adeptly shapes the time passing between and even within letters as they are composed and spoken aloud. If I had one complaint (and it feels so minor to point it out, but the truth is it was continually distracting to me), it would be Mikiko Suzuki MacAdams's build of the scrims which host Duan's projections. The seams in the fabric are so visible, some of them even warped, and it keeps drawing the eye away from the beauty of the origami koi fish, or even the square of yellow paper which changes Suresh's life. I tried to find a textual rationale--perhaps it represented Japanese screens or the origami paper's folds--but neither rationale sees verification in the use of space. Even with this quibble, it's lovely to be in a theater filled with people who are so profoundly grateful to be back--I hope this audience goodwill will continue for a good stretch. 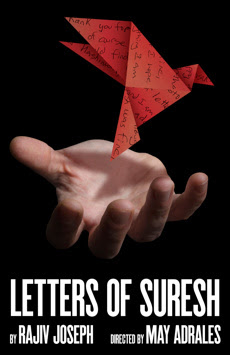 9/17/21: Lackawanna Blues
What: Manhattan Theatre Club presents Ruben Santiago-Hudson's tribute to "Nanny" Rachel Crosby, the woman who raised him.
And? It's a great opportunity for Santiago-Hudson to showcase his range as a performer, vocally, physically, and musically, and it's a very loving ode to the woman who saved not just him but countless others while running her boarding houses in upstate New York. Backed by Junior Mack on guitar playing original music by Santiago-Hudson's longtime collaborator Bill Sims Jr. (to whose memory the play is dedicated), the author/performer plays over twenty different characters from his childhood (as well as a mean harmonica). Parts of this are truly very strong--virtuosic even--but the momentum drops a few times into a restlessness until the next big story or character can begin. And, even if it's a reflection of the times, I am uncomfortable with the pejorative language regarding mental illness. 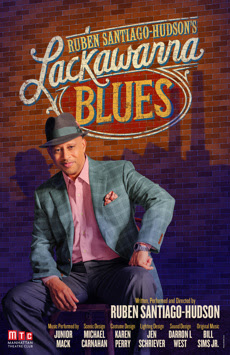 9/10/21: Sanctuary City
What: The Lucille Lortel hosts NYTW's semi-aborted March 2020 production of Martina Majok's play about two teens in a post-9/11 world with the threat of deportation looming over them.
And? I love it. The first half of the play is a series of lightning strikes--quick fragments of scenes that quickly shift to other scenes, then shift back, and yet somehow the audience isn't lost in the journey. A beautiful demonstration of what a strong voice and good collaboration among playwright, director (Rebecca Frecknall) and actors (Jasai Chase-Owens and Sharlene Cruz) can look and sound like. And when the Girl finally leaves for college, three and half years go by in a prolonged moment of poetic half-light, with the Boy standing still and watching as she rotates slowly. The second half of the play is a different kind of unrelenting to the first: one long unbroken scene, with no escape from the uncomfortable truths now finally forced into light. And though even the final moments of the play are over a decade in our nation's past, the immediacy, the urgency, and the knowledge that this crisis remains just as terrifying today for undocumented minors are ever-present.
Streaming Theater Related Content I Watched
APT's stream of A Phoenix Too Frequent.
Irish Rep's online presentation of Angela's Ashes.
Posted by Zelda Knapp at 9:00 AM No comments:

9/03/21: What Happened?: The Michaels Abroad
What: Hunter Theatre Project presents the final play in Richard Nelson's Rhinebeck Panorama as the Michaels and their friends gather in Angers, France on September 8, 2021, to mourn Rose and to witness the dance performances of her daughter and niece.
And? Last year, Richard Nelson's Apple Family plays found me at just the right time. His Zoom continuation plays for that family were one of the streaming-theater-hybrid highlights of 2020 for me. Although I haven't seen The Michaels, the predecessor to What Happened?, I knew I couldn't pass up the chance to see the final Rhinebeck play in person. I am sorry I hadn't seen any of the others live; I am so grateful I got to see this one. It's hard to describe a Rhinebeck play to someone and make it sound compelling: people prepare a meal, talk, eat the meal, and talk. At some point there is a pause to enjoy a work of art: poetry, choral music, dance. There is in Nelson's plays an appreciation for life, for the here and now. A gratitude and an awareness. That which Wilder warned us in Our Town is all too rare. This play, which takes place five days after I saw it, on the second day of Rosh Hashanah (September 8, 2021, its opening night), is grateful to be alive, while mourning the innumerable losses of this past year and a half. When the show ended I remained in my seat a few extra moments, to weep in gratitude that I was here, that I was home. 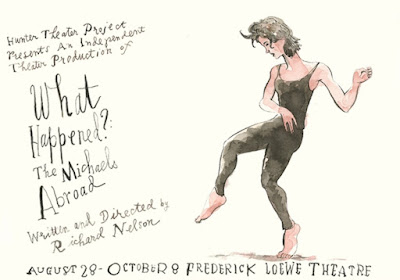