1/26/22: Tina: The Tina Turner Musical
What: The Broadway transfer of the West End biomusical about Tina Turner.
And? Honestly, I think this show has been deeply injured by its director (whose work with Shakespeare I love, for the record). I know Phyllida Lloyd's got Mamma Mia! on her CV (which, for the record, I never saw onstage) but I just kept being struck by how inapt everything in the staging of Tina was, as if the director had never worked on a musical before. So frequently a song ends with the ensemble walking onstage to stand still and watching behind its protagonist, and most of the time I can't figure out why. So many book scenes are inertly staged, with actors blatantly walking forward to hit their marks, say their lines, and then move to their next mark. The scenic design is about as unimaginative as you can get. And the fight choreo is consistently, embarrassingly bad.
But. But. Underneath this mediocre interpretation, I think the book by Katori Hall and Frank Ketelaar and Kees Prins has some merit. There are for sure some dropped threads, some unexplained beats, but in the hands of a capable production, that could be worked on. And the voices are uniformly excellent (particularly Skye Dakota Turner as Young Anna-Mae).
And. And. Nkeki Obi-Melekwe is extraordinary as Tina. Her vocals are roof-lifting, her physicality is perfect, her acting is a poetic balance of strength and vulnerability, and there's a glow that emanates from her whenever she smiles. If nothing else, I hope she has a long and fulfilling career, because she deserves it, and so do we.

1/28/22: Skeleton Crew
What: MTC produces Dominique Morisseau's new play about what's left of a the workers at a small stamping factory in Detroit under the looming threat of shutting down permanently, and the choices its survivors must make about their future.
And? I loved it. The play keeps surprising with new directions, new deepenings, and new heartaches. Everyone is flawed, everyone is trying, everyone has shames and prides and hope to be a better version of themselves. And for a play that, in 2008, is one more heartbreak in a terrible economic recession, it still manages to find the hope and joy. Morisseau is a special talent with a strong voice.
Streaming Theater Related Content I Watched
Posted by Zelda Knapp at 9:00 AM No comments:

1/20/22: Tambo & Bones
What: Playwrights Horizons presents Dave Harris's play about two stock characters from a minstrel show, trying to become real people in a world designed to symbolize and archetype them.
And? In the program for Tambo & Bones playwright Dave Harris discusses his history as a spoken word poet and his encountered tensions across authenticity, performed authenticity, and the inherent artifice within performance (all this to explain why he's now written a play, where the social contract between artist and audience acknowledges the artifice of performance). T&B reckons with these same tensions, as its two protagonists try to assert their true, fully human selves within the minstrel roles they're assigned by white people; then within the hip hop artist personae they take on, personae wherein they rise within someone else's system (but at what cost); and finally after the revolution which they built but which, by design, must destroy them and the tools they used to build it. It's a lot. Harris himself is a figure within the play, as trapped as his characters: a Black artist creating work in a Predominantly White Institution (and yes, a quick scan of the audience at Playwrights the night I attended confirms that demographic). And make no mistake--unlike Antoinette Chinonye Nwandu's Pass Over (to which this play almost certainly owes some of its heritage) or Erika Dickerson-Despenza's Cullud Wattah--this play intends for its majority audience to be white. Black audiences don't need to be reminded that Black people are fully human, and not 3/5. This play is designed to be uncomfortable from minute one, and demands its audience examine the nature of that discomfort, and keep examining it as it evolves. The ouroboros conclusion of the play is exactly what you want: both shocking and inevitable. Perhaps there is no cleaning the oil out of the water, once it's this sullied. Great work from all the artists involved, especially director Taylor Reynolds, expertly navigating the different tones of each act of the show; stars W. Tre Davis and Tyler Fauntleroy, chameleonic and charismatic; and costume designer Dominique Fawn Hill, conveying so much so economically in her beautifully detailed and distressed wardrobes. 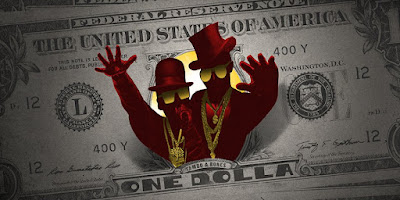 Unrelated note but a thought I had while leaving the theater: I'm starting to understand why we have more and more 90 minute one-act plays hitting New York. It's not just an attention span thing; it's the return of the three-act structure of older theater and current film. Everyone's writing as if they're writing a screenplay (structurally, at least). Anyway.
1/21/22: Intimate Apparel
What: Lincoln Center brings back its opera adaptation of Lynn Nottage's play (its initial planned run scuttled by the onset of the pandemic in 2020), about a Black seamstress in 1905 New York, able to forge deep connections with those she encounters but craving the personal connection of romantic love.
And? I think ultimately opera just isn't for me. I've tried a few times, and I know that the music of opera is meant to be this deeply emotional experience, and I've just never been able to tap into it. That's okay. In this case, I was still affected by the show, as it's a good story well performed, but I wish I had seen the play and not the opera. A major component of the first act of this show is the love letters written between seamstress Esther and a laborer on the Panama Canal, George Armstrong. Having co-written an article about the transcendent power of sung letter-writing in musicals, I was of course immediately struck by how it's used here: here, it may seem at first to transcend time and space as the two fall in love, but the whole thing is actually a sham--not being able to read or write, Esther must ask several of her literate clients to help her correspond; and we ultimately learn that George is also not the author of his letters, having relied instead on an older man with more poetry in him to write his half of the courtship. It's Cyrano but doubly so, and more heartbreaking--neither partner is the one they think they love, and the marriage which should have been a happily ever after is instead a sort of purgatory. Nonetheless, Esther and her generous heart persevere, forming deep connections with her various clients as well as with the Jewish fabric merchant, Mr. Marks, who saves particularly special bolts of cloth for her perusal. And when disappointment strikes, and strikes hard, Esther knows how to keep moving, how to not let this be the most important part of her story.
One additional note: this show suffers from The Jane Eyre Problem: our protagonist is described by herself and everyone around her as plain at best and ugly at worst, but she's inevitably played by an objectively beautiful woman (this could also be called the Celie or Fosca problem, I suppose, though Fosca actresses are usually treated to more makeup to make them look sickly).
I'll tell you what, though, it's refreshing as hell to see this many talented Black opera singers in one place, and they sound fucking amazing. Kearstin Piper Brown is exceptionally good as Esther, compelling every moment she's onstage, and staying vivid in your mind the few times she's offstage.
Posted by Zelda Knapp at 9:00 AM No comments: