2/18/19: The Scarlet Pimpernel
What: Lincoln Center's concert staging of my very first show I ever saw on The Real Live Broadway!
And? It's always a treat to hear a Broadway score with a full orchestra, sung gorgeously. To hear the score for a show which changed my life given that treatment, sitting next to my sister who took me to see Pimpernel the first (and second) (and third) time, well ... The voices were glorious and full-throated, the small ensemble backed by a large chorus for the group numbers. Parts of the performance definitely felt a bit under-rehearsed (though maybe it's just that my standards for concert stagings have shifted since Encores! has upped their game so much in the recent years), no doubt due to the only newly-cast Tony Yazbeck as Sir Percy (heroic and dashing, with a beautiful voice, funny though not quite as transcendently so as Douglas Sills), and to Norm Lewis's ridiculously busy schedule (he had just finished performing Harold Hill at the Kennedy Center one week prior; but even with book in hand, his richly smooth baritone remains one of the most perfect voices on Broadway). Also acquitting themselves well as the St. Just siblings were Laura Osnes and Corey Cott, earnest and passionate. I must say the real highlight of the performance was Waitress alum Drew Gehling, hilarious in his various turns as Robespierre, Jessup, and the Prince of Wales--I honestly wouldn't mind seeing his take on the title role in Pimpernel. It wasn't a perfect evening: major issues with the sound design (and timing of mics turning on); and the script, though having potential, could still use some work (and I did not care for the new final song, apparently a new English translation of the finale written for the Japanese production). But I'm still glad to have gotten to see the show again in full joyous voice.

Weekly Margin 2019, W7: The Cher Show, We Are The Tigers, My Fair Lady, Merrily We Roll Along, The Ferryman

2/12/19: The Cher Show
What: A musical about the life and times of icon Cher.
And? This is the show that Summer: The Donna Summer Musical wished it had been. It knows exactly what it is, and it's very good at it. Is it life changing? No, but it's a fun time, tongue firmly in cheek, eyebrow knowingly raised at both itself and the audience. Bolstered by a gorgeous costume design parade by Bob Mackie (who is also a character in the show) and three brilliant belters (Stephanie J. Block, Teal Wicks, and Micaela Diamond) as three aspects of Cher herself, the show tracks the star's triumphant rise to fame and continued place in the world's affection, without spending too much time on when that star has waned. I had a few complaints, sure--chiefly that I think the show was too quick to forgive Sonny for being such a bad partner (although, since the show is Cher's lens, if she's willing to forgive him, it makes sense that the show would try to, too. I'm just not on board with that). But on the plus column, I really appreciated that the show didn't once misgender or deadname Chaz Bono, and I enjoyed how much the different aspects of Cher (Star, Lady, Babe) supported each other, so that it was a conversation and not just taking turns as she aged up (as it was done in Summer). Also hot damn, that dance number. Hot damn. (you'll know it when you see it)

2/13/19: We Are The Tigers
What: A cheerleading squad for a perpetual underdog (but prestigiously private) school is having a bonding slumber party that turns surprisingly bloody. After a series of workshops and readings, this is the show's official Off-Broadway debut.
And? There's a lot of potential here, though it still needs some work. The cast is dynamic and diverse (I almost don't want to pick a favorite, but I'm doing it anyway: Cathy Ang as the bright-eyed freshman Mattie), the score is catchy (I had a few issues, including too many moments of characters singing the exact same lines underlining the lack of specificity in the lyric; some syllable/melody issues where the wrong word is getting emphasized; but it's overall enjoyable), and Ann Beyersdorfer's scenic design is pretty impressively flexible for the limitations of the space. I think my biggest issue with where the show is now is a tonal problem. The show is written as a black comedy--like Heathers or Jawbreaker, the characters (at least at the outset) are more types than complex humans--but it's not directed quite archly enough to match the text. So when it veers into the bloody, and the characters start making increasingly bad decisions, there's a disconnect. Heathers the Musical leans into the absurd and violent in a way that makes the escalation seem organic to the world; that justification and style haven't been leaned into enough yet for Tigers to make the escalations seem like the next inevitable step. But with more work, they can probably get there, and We Are The Tigers can join the pantheon of Murder Musicals like Heathers and Sweeney Todd. (thanks to Reesa Graham for her insight in the analysis of this show) 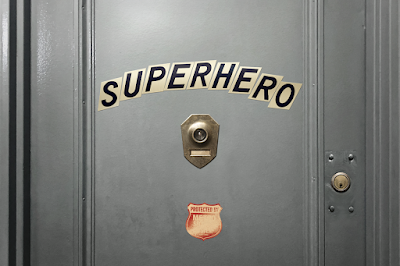 Posted by Zelda Knapp at 8:54 AM No comments:

2/01/09: The Ferryman
a repeat visit (family in town). still extraordinary. seeing it again in a few weeks. don't judge me.
Posted by Zelda Knapp at 9:23 AM No comments: