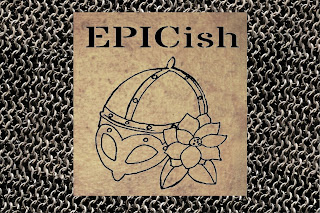 Read more »
Posted by Zelda Knapp at 9:38 AM No comments:

As Act One of Jay Prasad's bioplay Einstein closes, the title character declares to the whirling electrons of reporters circling the nucleus of his press conference (sorry, couldn't help myself; carry on), "Do I think I'm the greatest scientist the world has ever produced? Does anyone doubt it?" The answer, unfortunately, is yes.

All biopics and bioplays face the same problem: they're supposed to stay true to the facts, even when they don't make a particularly compelling story; even when the ending disappoints. What's disappointing here is that Albert Einstein, who revolutionized physics and the way we look at the universe, does have a compelling life story - but Prasad hasn't presented it in a particularly compelling manner. Following Einstein's life from his humble beginnings in a patent office in 1905 through to his death fifty years later, Prasad's play gives us everything without enough editing down to give us a narrative with a through-line - a series of steps down an inevitable path, to the building of the man, the genius, the legend. So Act One in particular is peppered with scenes, not of young Albert on his scientific discoveries, but of him standing with old school friends, with his soon-to-be wife, with his former teacher, and narrating to each other flashbacks to respective youths (including an arbitrary use of accents for Mileva's parents, when no other scene or character sports them), however irrelevant they are to the supposed story being told. There's all too much telling going on here, and not nearly enough showing, and a lot of it feels irrelevant.