1/1918: Hangmen
What: In 1960s Lancashire, England, hanging has just been outlawed as a means of execution, and local hangman Harry must reckon with the messy aftermath of his career when a stranger enters his pub.
And? Martin McDonagh is really an excellent craftsman of storytelling, keeping steps ahead of his audience even as we race to catch up. That element is always satisfying in a McDonagh yarn for me, and I was engaged the entire time. That being said - and perhaps this is just in the context of seeing it back to back with Mankind - it was fairly irritating how the only two female characters were props to the story. The cast was uniformly excellent, particularly Mark Addy as Harry. 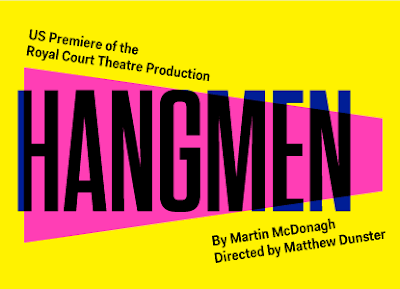