6/25/18: Head Over Heels
What: In Arcadia, King Basilius rules with a stubborn but benevolent-ish hand. But when Arcadia's new Oracle warns of four prophecies which could bring ruin to the land, Basilius flees the kingdom and the curse (with his entire family and court retinue in tow). Hijinks (sooooo many hijinks) ensue when his daughter's shepherd suitor Musidorus secretly dons an Amazon's costume to join the royal progress and basically the entire family falls in love with him/her. Head Over Heels takes its score from the songs of the groundbreaking punk group, The Go-Go's (known for "We Got the Beat" and "Heave Is a Place on Earth," among others).
And? Let's go on a journey. You hear there's another jukebox musical coming, this one using the Go-Go's song catalog. You roll your eyes, but it's on tdf and you like when people break into song in general, so you buy a ticket. You think you know what you're in for: another Margaritaville with a bland, cliche-ridden story and an audience filled with people who know the songs they're about to hear waaaaaay better than you do (you're right about the second part only). Guys, this thing was so joyous, so delightfully intersectionally queer, so downright silly, and I had a fantastic time. I laughed really loudly, I clapped enthusiastically (instead of merely politely), I even teared up at one point (NO ONE saw that coming). Sporting a book by Tony winner Jeff Whitty, directed by also Tony winner Michael Mayer, and featuring a fucking hilarious and talented cast (including Broadway's first principal role originated by a trans woman), Head Over Heels is a giddy fever dream of a Shakespeare-meets-Greek-comedy, full of cross-dressing, sapphic love, and absolutely zero invalidation of anyone's gender or sexuality (did I mention the non-binary plural Oracle, Pythio?). I didn't realize until I saw this show how thirsty I've been for a feel-good musical that wasn't shit. It's been a hot minute since Come From Away, you know?

6/27/18: Conflict
What: Conflict begins when the privileged decadence of the 1920s is confronted with the harder truths of poverty and desperation. Major Sir Ronald Clive is running for office on the conservative ticket, and is surprised to see a former Cambridge classmate, Tom Smith, less than two years after being reduced to begging for food and lodging, cleaned up and running against him for the labour party. The Lady Dare Bellingdon, sometime-paramour of Clive, begins to question her long-held but barely examined convictions as she befriends and confronts Smith.
And? Mint Theater Company's mission is to produce "worthwhile plays from the past that have been lost or forgotten." This yields, in general, a rather mixed bag. This production, however, though it showed the same creaking signs that a lot of the old plays at Mint do, also felt timely in a rather bittersweet way: a longing for the days (did they exist?) when politicians ran on principles rather than personalities, leaving pettiness at the door. I found myself more invested than I expected, especially considering that this was more an ideas-play than anything else (particularly as each side of the political conflict argued his point). But I credit the even hand in the writing of both sides, the belief in integrity which underlines much of the worldview, and the earnestness of the performers, particularly Jeremy Beck and Henry Clarke as the two candidates, and Jessie Shelton as the woman who begins to think. And I was impressed that, though this play is focused on the affairs of men, it is the woman at the center who grows and changes, who truly pushes the action of the play forward. Not bad for a play almost 100 years old.


6/28/18: Songs For a New World
What: New York City Center's Encores! Off-Center summer series begins with Jason Robert Brown's debut song cycle, an eclectic collection of story-songs, which initially played to a limited audience but has since gained steadfast affection from fans due to its cast album (much like his later two-hander, The Last Five Years).
And? I was one of those fans who played the album (or at least select tracks from it) over and over and over, so it's safe to say I was hyped to see this performed live, at last. And yes, I cried. A lot. They've supplemented the four singers with five dancers, a device which mostly works (strongest dilations through dance include: "The Steam Train," "The World Was Dancing," the transition between "The Flagmaker, 1775" to "Flying Home," and Phil S. Cuttino Jr.'s  seething hurt during "On the Deck of a Spanish Sailing Ship, 1492"). Mykal Kilgore's presence is electric, and his vocals even more so. Shoshana Bean's comedy is perfection (she even made me not hate "Surabaya-Santa"), balanced by her nuanced delivery of the breakaway hit from the show, "Stars and the Moon." Solea Pfeiffer brings a quiet intensity and idealism to her track, with a beautiful clarity and sweetness to her high notes, finding the heartbreak in "I'm Not Afraid of Anything" and "Christmas Lullaby." Colin Donnell brings his easy charm and a strong voice to his work, though his presence doesn't transcend the space in quite the same way his co-stars' do. A big thing I remember noting when I first heard the album in high school was how each number had a final beat, or moment, which either undermined or underlined the song. Director Kate Whoriskey marks each of those in powerful and surprising ways. I think my only significant complaint is that the sound mixing is all over the damn place, and disappointingly muffles certain sections as a result.


6/29/18: Mary Page Marlowe
What: Tracy Letts's new play at Second Stage is a non-linear study of Mary Page Marlowe, a woman who feels that her choices are made for her, that she's performing the roles of daughter, friend, wife, mother, and whose attempts to take control often backfire. The title character is played by six different actresses (and a doll), spanning sixty-nine years.
And? I don't know that I got a lot out of the story told (or that I understood the idea behind the scenic design), but the show sported some strong performances, particularly from Blair Brown, Susan Pourfar, and Tatiana Maslany. 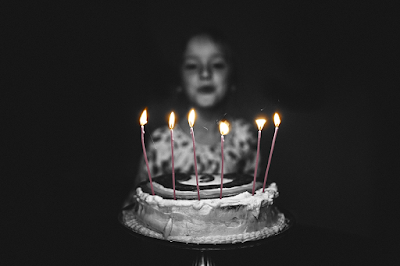 6/30/18: Godspell
What: Stephen Schwartz and John-Michael Tebelak's musical is a series of parables, largely taken from the Gospel of Matthew; it is a show designed to be played with, to be adapted to the times, even as it teaches lessons of peace, kindness, and altruism. This production is presented jointly by Queens Shakespeare and What Dreams May Co, and features some friends of mine in the cast.
And? Director Christina Sheehan introduces the show by thanking us for coming to their protest. This gathering of Jesus and the apostles is somewhat in the line of the Tribe from Hair or the group of children in Liz Swados's Runaways: a collection of people angry and dissatisfied with current leadership, armed with slogans and protest signs, t-shirts with various affiliations (LGBT+ rainbow, Black Lives Matter, anti-gun violence, etc.). It's the inevitable choice to make, under our current administration. The cast is playful and there are some strong vocals (particularly powerhouse Vanessa Wendt), but unfortunately the soloists often get drowned out by the onstage band and the rest of the cast backing them up, and the playful looseness of the staging leads to a rather unfocused frame. The most important lesson this production teaches us is one which each character and performer lives: the only real surrender is indifference, and to care is to be able to fight.


6/30/18: Hamilton
What: Yes, that Hamilton. My friend Daniel won the lottery, and we scored second row center seats.
And? Good news: the show is still amazing. I reviewed the show three years ago when I saw it at The Public, so I'll limit my thoughts here to a new insight I drew from the staging, and some thoughts on the cast. New insight: Nearly every moment in the show is witnessed: ensemble members and principals standing at the sides or on the scaffolding, quietly watching the action. Aside from the King, the only extended unwitnessed moment is, appropriately, Eliza in "Burn." A few ensemble members appear in the shadows as the song concludes, but her grief and anger are given privacy. The cast: hot damn, everyone is great. I adored Daniel Breaker's take on Burr, a man of careful charm being slowly undone by his jealousy; Ryan Vasquez was on for Hamilton, and he was charismatic and heroic, a man convinced he can argue his way into and out of any situation.