9/27/19: I Can't See
What: A new immersive horror experience from the minds of Timothy Haskell and Paul Smithyman, where audience members are blinded and wearing headphones, led through a story with all senses activated except sight, and with the instruction not to die.
And? Not nearly as traumatizing as another of their projects, This Is Real, thank goodness. I won't spoil any of the plot content for anyone intending to visit, but it's a cool experience, though the ending comes on faster than expected (the experience lasts about 45 minutes total). Afterward we met one of the creators, who explained his ethos behind these various experiences, and why he left the world of haunted houses for something more intimate and psychological. 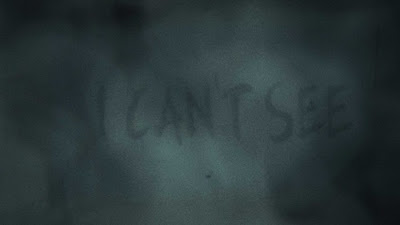 9/28/19: Terra Firma
What: The COOP's inaugural production of a new play by Barbara Hammond, set in the not-so-distant future on an small naval defense platform which the three inhabitants have declared to be their sovereign nation, Terra Firma, and on which they intend to structure a society, when it seems they might be the only humans left alive on Earth.
And? There is potential to the play, I'll say that. There are moments of subtlety, hints of interesting ideas, mixed in among a somewhat Ionesco-meets-realism tone. But for the most part I'd say this play doesn't know what it is yet, and it certainly doesn't know how to end itself. It is nice, at least, to see NY theater indie favorites Tom O'Keefe and Andrus Nichols in action. I just wish I liked the play more.


9/29/19: Twelfth Night
What: Red Monkey Theater Group's promenade production of Shakespeare's (imho) best comedy, presented this past weekend at Bartow-Pell Mansion Museum but upcoming at Cahill Theater.
And? Absolutely delightful. I knew about this production because my good and talented friend Abigail Getty is playing Malvolio, and I'm so glad I made the trek up to the Bronx to see this lean and playful production (and to see the very cool Bartow-Pell Mansion and its grounds). Highlights (in addition to Getty's austere and surprisingly giddy Malvolio) include Amy Frey's passionate and intelligent Viola, Emma Freeman's pleasantly rustic Feste, and Julie Thaxter-Gourlay's earthy and thoroughly soused Sir Toby Belch.