Yesterday is Done: Best Theater of 2022

Hey, old friends, what do you say, old friends? Another exhausting pandemicky year of theater: vaccine and masking restrictions have mostly lifted, so of course my anxiety has doubled down. I saw fewer shows than usual this year, partly because of burn-out, partly because see above, and partly because I am trying to be more selective regarding what on Broadway deserves my time, attention, and money. So I saw less. And a lot of that less felt less than whelming, especially in the Fall season. But, as always, there's still worthwhile work happening. Looking at my shorter-than-usual list of top theater for the year, and at the overall list of everything I saw, there are some clear themes of stories being produced: examinations of anti-Black racism, historically and currently; examinations of antisemitism, historically and currently; and the damaging effects of the patriarchy, rape culture, and toxic masculinity on all genders.

My overall theater tally, before we get into the list itself: 23 streaming productions, 63 live plays, and 32 live musicals (+2 repeats), totaling to 118 (+2 repeats). And for those who might ask why certain shows didn't make the cut below, I'm not counting things like A Christmas Carol (either one), A Strange Loop, the Yiddish Fiddler, or the new Merrily We Roll Along, as none of them were new productions for me, just slightly new iterations.
My top theater, in viewing rather than ranking order:

Skeleton Crew (MTC/Friedman, B; watched January): Dominique Morisseau is a terrific writer and this play is a symphony of good notes (humor, aching pain, anger, shame, hope) with a terrific cast.
Original Theatre (Regional/Digital): Into the Night (watched February) & Tikkum Olam (watched August): Into the Night is a heartbreaking live-shot studio play about the Penlee Lifeboat Disaster in 1981 in Cornwall. Tense and heroic and so ably choreographed as the whole thing seems to be happening live in front of us. Tikkum Olam was presented as a staged reading in conversation with two other plays and is a compelling and thought-provoking examination of the complicated intersectional identity of a Black Jewish woman in the U.K. 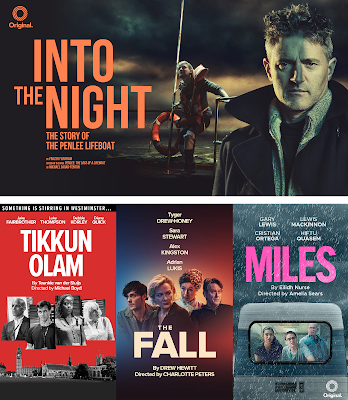 Prayer for the French Republic (MTC/City Center, Off-B; watched March). Probably my favorite show I've seen this year. In terms of ambition and scope, I'd call it an Angels in America approach to the Jewish identity (except calling anything the new Angels in America is setting yourself up for mockery of one kind or another, either for hyperbole or cliche).
Confederates (Signature, Off-B; watched March): Did I mention how amazing Dominique Morisseau's writing is? She's got two plays on my list this year, and well-deserved. This play is absolutely brilliant.
How I Learned to Drive (MTC/Friedman, B; watched April): Mary-Louise Parker helped me cross something off my time travel bucket list by returning to this role so I could finally see it how it was meant to be performed.
for colored girls who have considered suicide/ when the rainbow is enuf (, B; watched April): This gorgeous production deserved a much longer life than it got, with an incredible communal ensemble building a space for vulnerability and strength.
A Case for the Existence of God (Signature, Off-B; watched April): God, I loved this one so much. Odd and intimate, a study of two lonely men learning how to become friends even as they both struggle to keep their families from falling apart. I would love for this one to come back in some capacity. My second favorite, after French Republic.
Back to You (Turn to Flesh/FUERZAfest/Hispanic Federation, Off-Off-B; watched September): A lovely two-hander written by and starring my friend Chris Rivera, tracking two young gay Mexican American boys who fall in love but aren't sure they can sustain a relationship with their conflicting life plans and access. 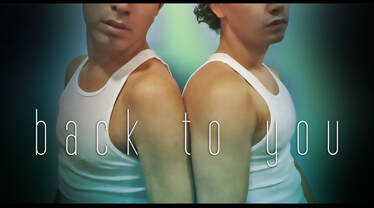 Remember This: The Lesson of Jan Karski (Theater for a New Audience/Polonsky Shakespeare Center, Off-B; watched September). My third favorite of the year. Infuriating and inspiring, and incredibly performed by David Strathairn.
Monstress (Hunger and Thirst/New Ohio Theatre, Off-Off-B; watched October): Although I had an intense reaction to what felt to me a contradictory message in the show, I can't deny what affecting theater it was. Hunger and Thirst keep getting better and better.
Wilma Theater (Regional/Digital): Those With 2 Clocks (watched October) & School Pictures (watched November): I'm so grateful Wilma Theater is continuing to put content online, especially original works like these two. 2 Clocks deconstructs toxic masculinity and how it informs humor in a series of satirical sketches that suddenly break into an aching, moaning catharsis of agony released and comfort given. School Pictures is Milo Cramer's song cycle about tutoring children in New York, a collection that seems at first whimsical but ultimately breaks down how truly broken the school system is here.
Parade (City Center Encores!, Off-B; watched November): Another bucket list show for me, finally getting to see Parade performed onstage. A flawless cast, intelligently staged, beautifully sung. I really hope it comes back (I hear it might).
Ain't No Mo' (Belasco, B; watched November): As I said in my write-up at the time, holy shit. This is the kind of satire we need to be seeing, one that makes us laugh until it's extremely no longer funny. Jordan E. Cooper is a talent to watch (as is his costar Crystal Lucas-Perry). I'm devastated the production seems to have been cut off at the knees.
Posted by Zelda Knapp at 11:20 AM